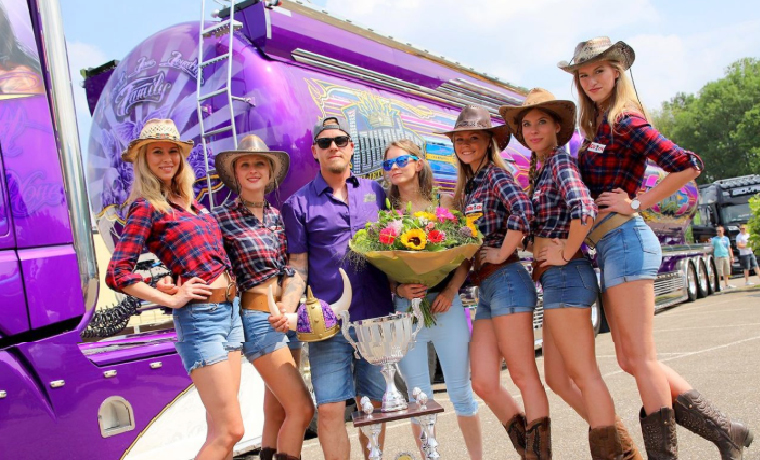 In 2017 Bigtruck was organized for the first time ever. This year Bigtruck is back again, but bigger and better! In 2018 the event was held at recreation park Prinsenmeer in Asten, where the event could be set up even bigger. During the event, the truck show took place, where everyone who was invited could show their truck to the public. In addition to the truck show there was also a cozy fare where you could stroll around as a guest and in the evening you could enjoy Dutch music.

Commissioned by Bigtruck, PromoVisionModels used beautiful promotional girls to complete the event. The girls were dressed like cowgirls, the styling was done by PVM. During the event, the cowgirls distributed flyers and nice goodies and for those who wanted it, pictures could be taken with the girls. The attendance during this event was fantastic and there was a lot of attention for the promotion areas of PVM. We can definitely say that this promotion has been successful!

Can PromoVisionModels help you promote your event? Then contact us now to discuss the possibilities.